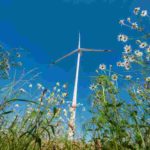 GE Renewable Energy has been chosen by Azora to produce 19 Cypress onshore wind generators for the 100MW Cuevas de Velasco wind farm positioned within the Cuenca province in Spain.

Azora will function the Cypress generators at 5.5MW, with a rotor diameter of 158m, essentially the most highly effective ever permitted in Spain.

This marks the primary order in Spain for GE’s Cypress platform, the corporate’s largest onshore wind turbine within the discipline. GE’s scope of labor may even embody a 30-year service settlement.

The Cypress’ two-piece blade might be produced by GE’s wind turbine blade subsidiary, LM Wind Power, positioned in Castellón, Spain. The towers for the wind generators might be produced in Spain, with the nacelles being produced at GE’s European manufacturing unit in Salzbergen, Germany.

Santiago Olivares, managing associate in command of infrastructure and vitality Investments at Azora, mentioned: “We are very excited concerning the alternative of working along with GE on this improbable undertaking, which would be the first to implement this revolutionary new turbine in Spain. The Cuevas de Velasco Windfarm will produce greater than 300.000MWh every year, contributing to Spain´s goal of producing cleaner, cheaper and extra environment friendly vitality.”

Peter Wells, president & CEO, onshore wind, Europe & Sub Saharan Africa, mentioned: “Azora is a significant investor in wind vitality in Spain and we’re thrilled to be working collectively and assist our buyer attain its renewable vitality objectives. GE could be very proud to convey further clear, reasonably priced, renewable vitality and to contribute to the event of the wind business in Spain. Our aim is to assist our clients drive vitality prices down daily, and our Cypress platform is ideally suited to make the perfect use of the nation’s wind pace and panorama.”

Spain has set an goal in its National Energy and Climate Plan (PNIEC) to achieve 50GW of put in wind energy by 2030, ensuing within the set up of two,300MW yearly through the decade. According to the Spanish wind energy affiliation, Asociación Empresarial Eólica (AEE), wind energy may meet 34% of the nationwide electrical energy provide by 2030, up from just below 21% in 2019.