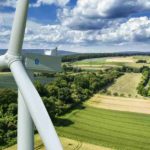 GE Renewable Energy has been chosen by PÜSPÖK Group to provide two windfarms positioned within the Burgenland area in Austria.

PÜSPÖK Group, proprietor and operator of wind tasks, will use 30 GE Cypress onshore wind turbine models for the 157MW challenge. This represents necessary progress for GE within the nation as it is going to allow GE to ascertain a service group in Austria subsequent 12 months. The deal additionally features a multi-year service contract.

PÜSPÖK Group will function the Cypress generators at 5.5MW, with a rotor diameter of 158m and two-piece blades offered by LM Wind Power, a GE Renewable Energy enterprise. The wind farms nominal capability of 157MW will generate 380GWh of electrical energy per 12 months – equal to the electrical energy consumption of greater than 85,000 households (four,400 KWh per family).

The set up of the wind generators on the challenge website will begin in Q1 2021 and the generators shall be absolutely commissioned and operational by the top of 2021.

Lukas Püspök, managing director of PÜSPÖK Group, stated: “This repowering challenge is a milestone within the historical past of our firm. We are proud to remain actively concerned on prime of the renewable power market in Austria. PÜSPÖK Group desires to thank GE for his or her efforts and dedication in each technique of this challenge.”

The Austrian wind market right this moment meets about 13% of Austria’s energy consumption and is predicted to rise throughout the subsequent few years. According to the Austrian wind energy affiliation, IG Windkraft, wind energy might meet 26% of the nationwide electrical energy provide by 2030.

The Cypress two-piece blade design allows blades to be manufactured at even longer lengths, bettering logistics to drive prices down and provide extra siting choices in places that have been beforehand inaccessible.

Morrison sets up Byron’s pipelines in Gulf of Mexico

Morrison sets up Byron’s pipelines in Gulf of Mexico

Energean Power FPSO to set sail for Israel in summer of...