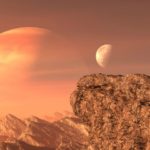 Battelle Energy Alliance, LLC (BEA), the managing and working contractor for the U.S. Department of Energy’s Idaho National Laboratory (INL), is looking for data from the non-public sector to develop progressive applied sciences for a fission floor energy (FSP) system that may be operated on the moon.

Responses are sought from leaders within the nuclear and house industries by eight September after which INL will subject a request for proposal.

Sponsored by NASA in collaboration with the Department of the Energy and INL, the request for data seeks partnership on applied sciences and approaches to check and validate an FSP design that may be constructed and deployed on the moon, and used for subsequent missions resembling to Mars.

“The prospect of deploying a sophisticated reactor to the lunar floor is as thrilling as it’s difficult, and partnering with probably the most forward-thinking corporations within the non-public sector and nationwide laboratory system will assist us get there.”

View extra details about the RFI.

The submit US pronounces plan to place nuclear energy on the moon appeared first on Power Engineering International.

US announces plan to put nuclear power on the moon

INCREASING PIRACY AND ARMED ROBBERY AGAINST SHIPS IN ASIA

Red ink for ConocoPhillips on lower oil prices and volumes

US announces plan to put nuclear power on the moon

INCREASING PIRACY AND ARMED ROBBERY AGAINST SHIPS IN ASIA