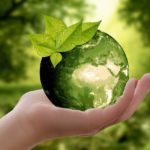 Croatia’s Ministry of Economy and Sustainable Development has expanded its cooperation with the European Investment Bank (EIB) on the event and financing of key power, sustainability and climate-related tasks.

The two events will develop joint operations in renewable power era, transmission and distribution infrastructure, clear power and buildings’ power effectivity and in Croatia’s transition to a round economic system.

The EIB will increase its monetary help to Croatia by backing sustainability tasks and insurance policies such because the National Energy and Climate Plan and the Recovery and Resilience Plan.

Projects within the National Energy and Climate Plan are anticipated to assist Croatia recuperate from the results of COVID-19 and two devastating earthquakes that hit the nation in 2020.

The EIB and the ministry will collectively guarantee:

EIB and the ministry may even cooperate to maximise alternatives stemming from EU programmes resembling InvestEU, the Green Deal Investment Plan, and the Just Transition Fund.

Minister of Economy and Sustainable Development, Tomislav Ćorić, PhD, stated: “Croatia helps the decarbonisation of Europe and we see it as a chance for the event of the Croatian economic system. Our objective of operating on renewable power by 2030 is formidable however achievable. We even have loads of new inexperienced tasks that may decarbonise our economic system and we see the EIB as a robust accomplice in implementing these tasks.”

Ognian Zlatev, head of the European Commission’s illustration in Croatia, provides: “This will assist Croatia to profit from the Commission’s European Green Deal Investment Plan and efficiently implement its formidable power and local weather tasks, consistent with the EU goal to be climate-neutral by 2050.”

To date, the EIB has supported the financial and social growth of Croatia by investing €6.71 billion ($eight.1 billion) in operations overlaying a very powerful sectors of Croatia’s economic system, together with transport, the setting, power infrastructure, manufacturing and companies.